Find out where you stand nationwide & take the next step towards playing college volleyball.  Get Started By Selecting 1 of the 2 Options Below:

Kristee’s impressive bio includes being a three-sport athlete while at UCLA, playing Volleyball, Basketball and part of the Track & Field Team. Kristee was a three-time Volleyball All-American with the Bruins and was part of the USA National Volleyball Team from 1998 to 2003 and played eight seasons professionally in Spain and Puerto Rico. She was also a two-time national champion in the triple and long jump while part of the Track & Field team. Porter also earned her master’s degree in coaching and athletic administration from Concordia University.

In addition to her impressive resume as a player, Kristee has been an assistant coach at the University of Colorado-Boulder, and later, the head coach at Navarro Junior College in Corsicana as well as a two-year stint at Henderson State University where she helped guide the Reddies to their first-ever appearance in the Great American Conference Tournament.

Kristee is committed to helping Volleyball Factory players become the best athletes they can be, benefitting from her wealth of knowledge and years of credibility and expertise. 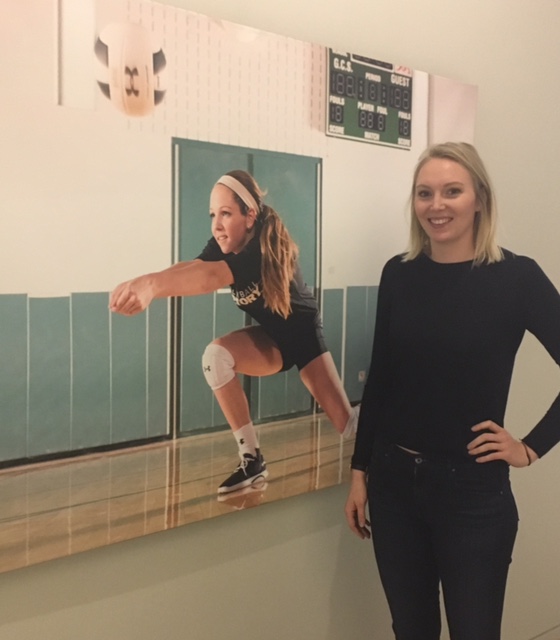 Nicole Fawcett joins the Volleyball Factory program as a Special Advisor. Before joining the Factory, Fawcett put together an amazing collegiate career at Penn State University. In 2005, she was named the AVCA NCAA Division I Freshman of the Year as well as Big Ten Freshman of the Year. Fawcett helped lead Penn State to its second straight NCAA National Championship as a senior in 2008 with an undefeated season (38-0) and was named the AVCA Division I National Player of the Year and AVCA All-America First-Team for the third consecutive year respectively. After her collegiate career ended, Nicole began her professional career, playing around the world, beginning in 2009 for the Gigantes de Carolina (The Carolina Giants) in Puerto Rico’s pro league.

In 2013, Fawcett was named the Most Valuable Player and best server at the Pan American Cup, leading the U.S. to its second consecutive event title. That same year, she set what was at the time, a World Record for highest individual points scored in a single match with 55 points while playing for the Korea Expressway. She added World Champion to her staggering resume in 2014, helping the United States win its first ever FIVB World Championship Gold Medal. In 2015, she helped Team USA win its first Pan Am Games Championship since 1967, after averaging 4.45 points and 1.59 digs per set.

Nicole brings a wealth of knowledge and years of credibility and expertise to Volleyball Factory and will work to utilize her network of colleagues to maximize the potential of Volleyball Factory players. She will be present at various Player Development and Under Armour Volleyball Factory College PREP events throughout the United States, continuing to strengthen Volleyball Factory coaching, teaching and instruction philosophies, in addition to continually enhance the Factory’s honest and accurate evaluations nationwide.

Check out Nicole's Q & A with Volleyball Factory.

The American Volleyball Coaches Association (AVCA) is the leading organization for providing coach and player education within women's volleyball. The AVCA has put their trust in Volleyball Factory by naming us as their Preferred Player ID Partner. 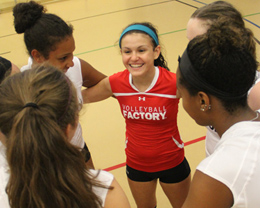